The FPD is composed of an array of sensing elements, called pixels, and its associated electronic circuitry, including readout integrated circuits (ROICs) and gate drivers.

Sensing is Life
Our vision is to create the uncontested leader in optical solutions through bold investments in disruptive innovation and
continuous transformation delivering best-in-class profitability and growth.
Visit our dedicated website
MedAppl. - How an FPD works - standard article

The sensitive part of the Flat Panel Detector (FPD) is the pixel array. This is a rectangular or square area with dimensions ranging from a few centimeters, for applications such as dental radiography, up to several tens of centimeters, as required by chest imaging, for example. 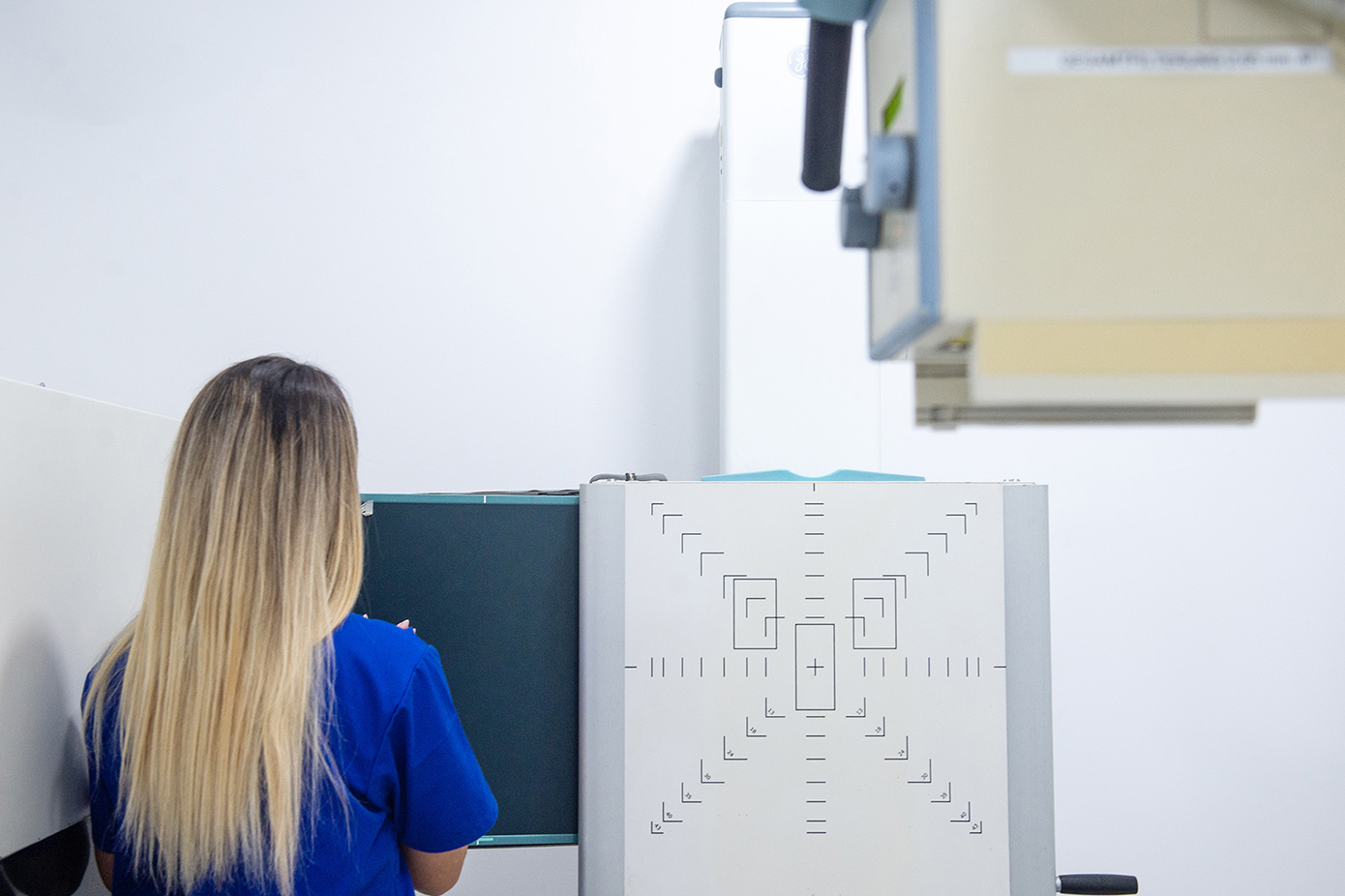 The array contains thousands of pixels: each is a square the sides of which are tens or hundreds of micrometers long, depending on the required spatial resolution.

Every time an X-ray image is taken, the pixel array receives a very short shot of irradiation. The pixels collect this irradiation and store it until it is read out. Each pixel consists of a photodiode and a switch. The photodiode is the fundamental component that generates electrical charge from the impinging X-rays. It can be implemented using either direct or indirect conversion, as explained here.

The other element of each pixel is the switch, which often consists of a Thin-Film Transistor (TFT) – a technology derived from the display industry. Alternatively, switches can be implemented with Indium Gallium Zinc Oxide (IGZO) – the latest development, which offers better performance than TFTs, and which is expected to become more common in FPDs in the coming years.

How to read out a Flat Panel Detector (FPD) 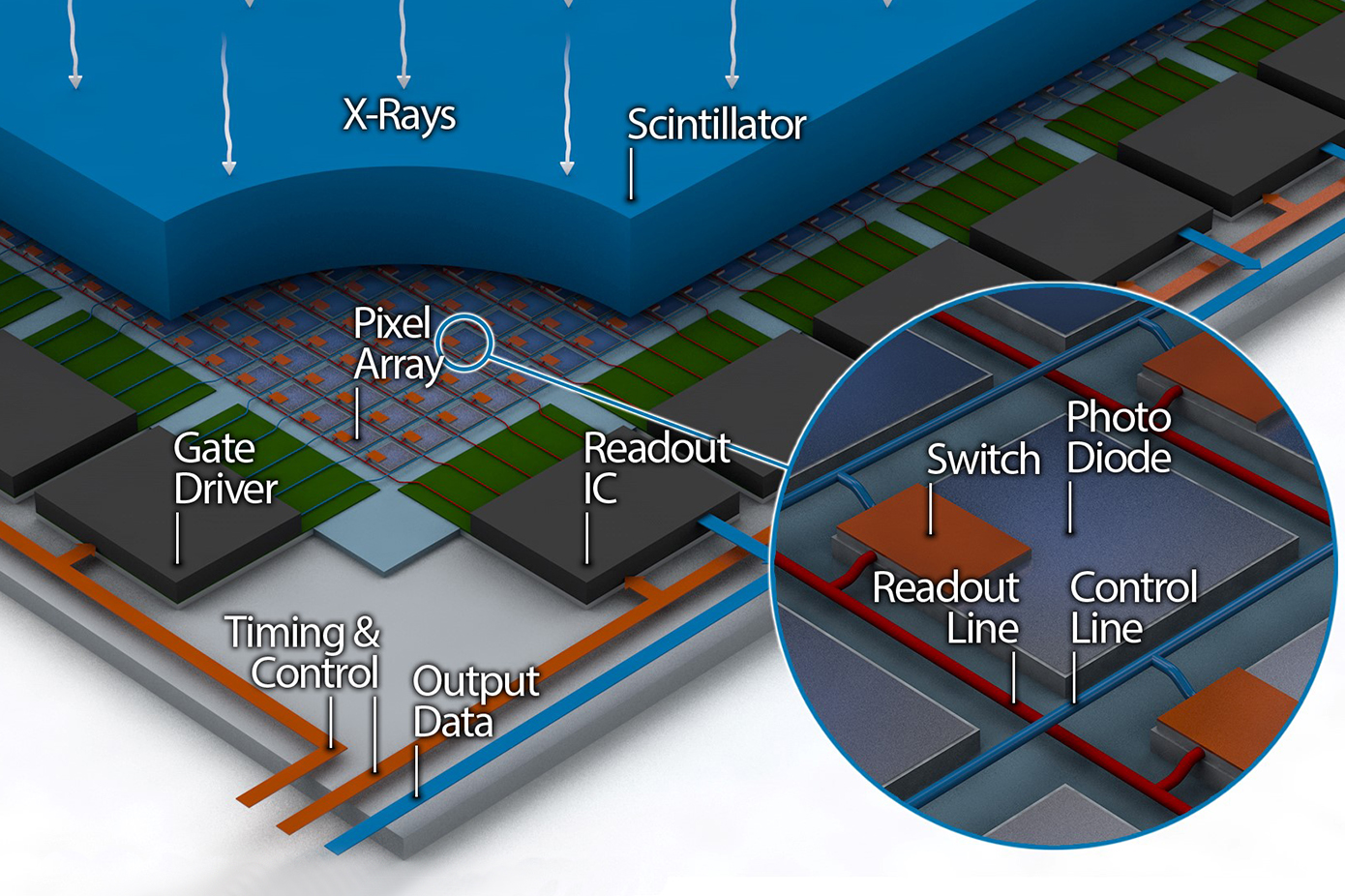 When a gate control line is electrically enabled, all its switches turn on. This connects the photodiodes along that row of pixels to their signal traces. The electrical charge originating from the impinging X-rays can then flow into the readout nodes. Switching on one row at a time, the system reads out all rows one by one. At the end of the process, the FPD has read out the whole pixel array. The pixel array is then ready to acquire another X-ray image.

ReadOut ICs are distributed along a side of the pixel array; for the largest FPDs, they can be on two opposite sides, in order to speed up the readout sequence. Their inputs are the signal traces. Typically, a ROIC is a multi-channel device, serving 256 lines. Each channel features an analog front-end that collects and amplifies the charge from the readout line; an integrated Analog-to-Digital Converter (ADC) then generates a digital output word corresponding to the energy released by the impinging X-rays in the pixel, and ready for further processing by a computer.

Gate driver ICs are located along the side of the pixel array perpendicular to that of the ROICs. They drive the control lines and can therefore enable or disable all the switches along each row of pixels. As TFT switches require relatively large voltages to turn on, gate drivers must be able to handle such high voltages; furthermore, they have to toggle quickly between different voltage levels and to produce low-noise outputs that do not perturb the operation of ROICs.

The quality of the final image, and therefore of the medical diagnosis, depends on several parameters of FPDs. The performance of both ROICs and gate drivers can have an impact on most of these parameters. Therefore, it is vital to choose ICs specifically designed and manufactured for high performance. The most important performance parameters are: 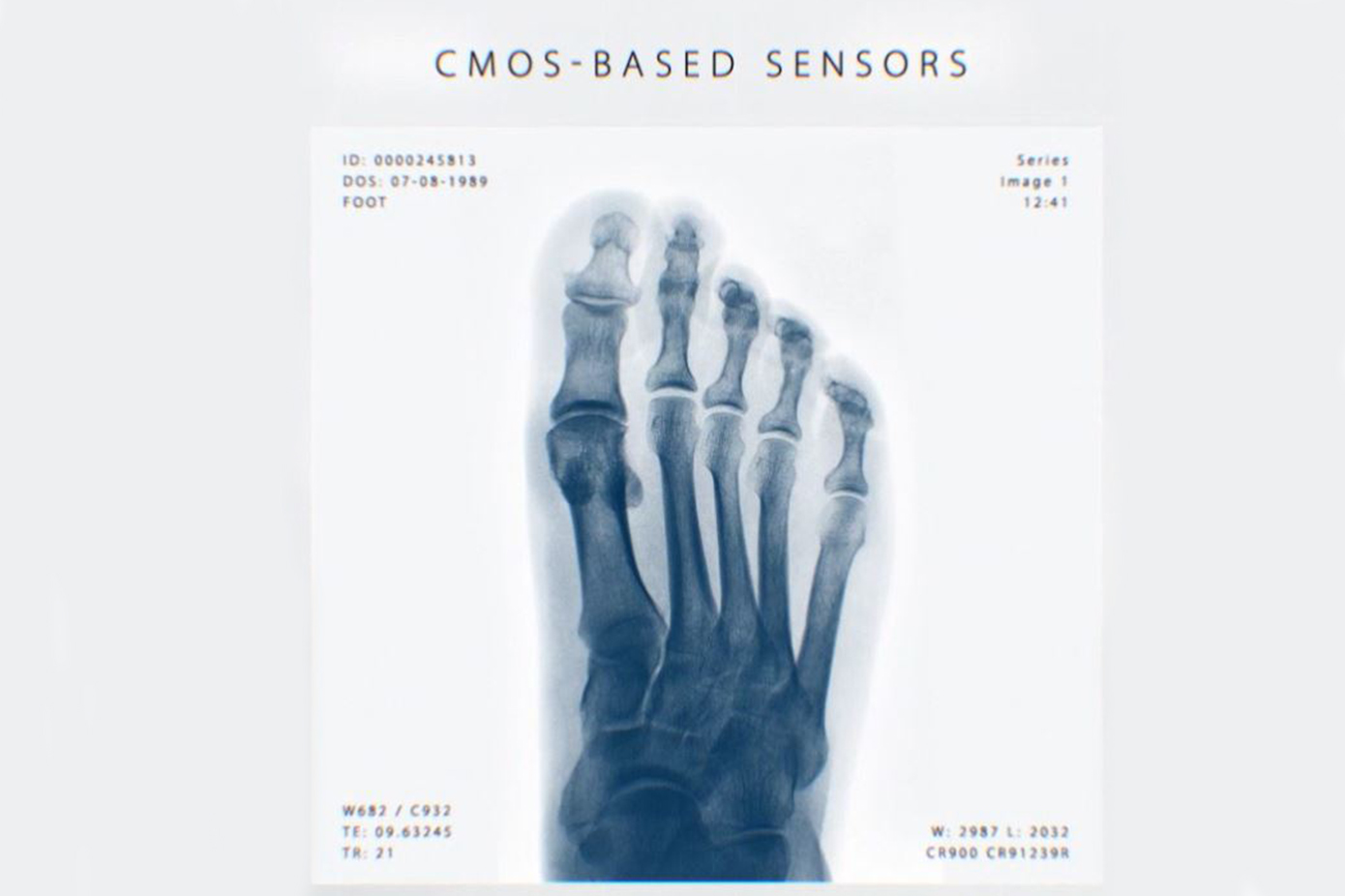